Seventeen-year-old Mykal, a farm boy from Gray Ashland, along with a few of his comrades are on a quest to save the Old Empire from the Mountain King, whose ambition is to become the next Emperor. If they fail, a terrible darkness will steal the light from their realm forever.

Wizard’s Rise by author Philip Tomasso was a decent beginning to a series. It did what it was supposed to do and introduced us to the characters we should know. When I began reading, it took quite a bit of turning the pages for me to get involved. There were a few actions scenes in the beginning that I enjoyed, other than that, I felt it dragging. However, later on, as it progressed, I became more eager to see what would happen next. I felt the plot grow, along with Mykal, our hero.

The dialogue didn’t always bode well with me. I felt that it was trying too hard to be humorous and it just didn’t seem to fit, although the humor was cutesy. I think it may have been due to who said certain phrases.

Nonetheless, I did enjoy the read the more I went on. The layout of the world was described extremely well. The characters could have had more depth but they still grew as they should have. By the end, it was a great beginning to Philip Tomasso’s fantasy series.  Although any age of fantasy readers may enjoy Wizard’s Rise, I feel it would fit much better for young adults rather than adults. If you’re expecting and prefer a dark fantasy with a lot of grit, like I did, then prepare for more of a lighter read. I do look forward to the next installment. 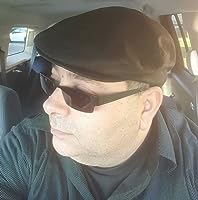 Tomasso is an award winning, Amazon Best Selling author of over 20 novels and novellas.

Prolific, he has published novels for young readers, suspense enthusiasts, legal thrillers, mysteries, science fiction, and most recently focusing more and more on horror, fantasy, and books for young adults (YA).

Tomasso works full time as a Fire/EMS Dispatcher for 911, Tomasso dedicates his time to continually working on new writing projects, and his three children.

If you are looking for books with Wizards, Magic, Dragons, Pirates, Private Eyes, Detectives, Suspense, Action, Dinosaurs, or Zombies . . . be sure to check out Phillip Tomasso.