Brilliant Disguise is the first of five mysteries in the Charlie McClung series.  Marian is a widow still trying to come to terms with her husband’s death some years before. As a result, there are very few people she allows to get close to her. One of them is Jodie and the other Dianne. One night, the neighborhood hears a loud commotion. Along with the rest of the neighbors, Marian goes to check. It doesn’t take long to learn that Dianne had been shot. Cause of death: suicide. Or is it?

Charlie McClung is a new detective in town and doubts the validity of the chief’s suicide claims. In fact, there are many things about the police department that are questionable. Being new, McClung doesn’t know who to trust, with the exception of a grieving widow next door to his victim. Together, McClung unofficially joins forces with Marian to figure out exactly what went wrong the night Dianne died.

Brilliant Disguise is a very light, fun read. It’s told in the omniscient point of view, which is my least favorite when reading. Personally, I prefer the third person and being inside the mind of one character at a time. It took some time for me to be OK with the first person, and I suppose after reading more omniscient POVs, I’ll get used to it. It just confused me at first, especially when the entire series is a “Charlie McClung Mystery.” But that’s just me. I still enjoyed the read. Because I tend to spend my time reading about (and writing) hard-boiled crimes and science fiction, this delightful cozy mystery was a refresher.

The characters are likable, although I disliked Dan, Dianne’s husband. I won’t say why in case I end up giving away too much to the plot. But Marian and McClung were fun to get to know. I felt Marian and McClung had great chemistry throughout the course of the book. There were a couple of parts in Marian’s grief of losing her husband that seemed to be too much for the purpose of the story. But I was glad to know a man entered her life to help her let go after ten years. And he’s Irish, at that, which scored major points in McClung’s favor. And a bit of jealous of Marian.

Above all, the story held at a steady pace. The mystery itself was sound. There was quite a bit of twisting and turning involved. I had no idea how it would end, although I had a few presumptions here and there.

Brilliant Disguise was aptly named. I recommend this book to anyone that’s a fan of mysteries and or clean romance. This is definitely one book I can see being played on the Hallmark mystery channel. 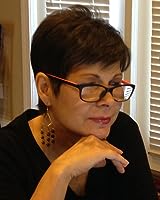 Born in Mercedes, Texas, Mary Anne has lived in Georgia most of her life. A life-long fan of authors such as Agatha Christie, Anne Perry, Caroline Graham, and Elizabeth Peters, it wasn’t until a few years ago that Mary Anne decided to listen to the voices in her head and began writing her own series of traditional mysteries featuring Detective Charlie McClung.

Mary Anne and her husband currently live in Smyrna, GA with an ill-tempered Tuxedo cat named Gertrude. Mary Anne is active in the Sisters in Crime Atlanta Chapter and sits on the advisory board of Rockdale Cares, a non-profit advocacy group for the developmentally challenged.