I absolutely love stories like this. I’ve always been intrigued with the supernatural and the possibility of seeing ghosts or spirits. Phantom Touch is an excellent read by Jessica Hawke. Had I not planned on spacing it out for a few days, I could have finished it in one. With each swipe of my Kindle, I found myself unable to set the book down. It was very rare—if there was even a spot—where the story lagged.

The storytelling was engrossing and the light humor top notch. The star of the book, Bridget Young, is your typical, normal sixteen years old: she’s trying to survive high school and getting past the death of someone close to her. Only, she’s not normal. She sees spirits, most of who had wrongfully died many years ago. When a young girl shows up, just weeks before Bridget’s seventeenth birthday, she realizes she must solve her murder for more reasons other than just letting the girl rest in peace.

Since no one, even Bridget’s best friend, knows her ghostly secret, she has to rely on the dead girl’s spirit and Bridget’s guardian, Kale, to reach the bottom of the truth. Along the way, Bridget learns more about the spirit world and herself.

There were two parts that I can think of off the top of my head that would have served better earlier in the story, such as when Bridget described her features in the narrative. I  would have preferred to know what she looked like within the first few pages, rather than waiting until I read about thirty percent. This way, I could have built the character in my mind, rather than changing it later.

Phantom Touch had a mixture of horror, comedy, and pain, which formed together to create an amazing read. Aside from a few wrong tenses in the writing, it flowed quite nicely. The world and fantasy rules were formed magnificently. It certainly intrigued me enough to want to pick up the rest of Jessica’s books in her Phantom series.

Overall rating: 5 out of 5 stars 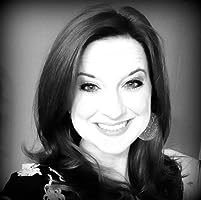 Jessica Hawke is the author of the YA paranormal Phantoms series and an upcoming urban fantasy series. While she would love to say that she’s been writing for her entire life, that simply wasn’t the case. After a brilliant stint as a story-writer in third grade, she mostly kept to writing papers for school until she headed off to college. From eighteen onward, she spent too much time thinking about the book she might eventually write instead of just writing it. At twenty-six, she finally realized the book would not write itself and got down to the surprisingly difficult yet rewarding work of writing a novel.

Her favorite genres to read and write are urban fantasy, dystopian, and paranormal. When she is not writing, she works as a freelance musician and dabbles in musical theater.