Let me start by saying that Seekers of the Earth is a novella, rather than a full-length novel. It serves as an introduction to its sequel, Recall the Earth.  In just 186 pages, the novella opens with action and does not slow down the pace. Lucas Baldwin is on his first deep space training mission when he encounters a girl that may or may not be crazy. When Lucas learns that the girl is speaking English, a dead language, he finds himself sucked into a web of treason that may get himself, the girl, and others killed. Despite the dangers he is facing, Lucas plans on figuring out what is fact and what is fiction.

Seekers of the Earth was a well-written prequel to the series. There was a lot going on in a short amount of pages, but doesn’t leave you confused as to who was who or what was going on. As I read, my mind was filled with questions which gradually became answered.

Be warned for those who don’t like cliffhangers. This novella does leave you hanging, but fear not…the book is already available on Amazon! I highly recommend this…if you enjoy science fiction and space opera, you won’t be able to put it down. 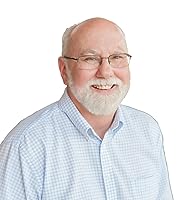 Kyle Pratt is a bestselling author of speculative fiction. His latest full-length novel, Braving the Storms, is the third book in the Strengthen What Remains series.

Through Many Fires, the first book in the post-apocalyptic series was released in paperback, Kindle and on Audible in August 2013. Within two weeks the novel appeared on the Kindle Science Fiction Post-Apocalyptic list, reaching #10, and reached #1 on the list on December 2, 2014. Through Many Fires has earned its way to the #1 spot on the Kindle Dystopian and Military list, and #39 on the Mystery, Thriller, and Suspense list.

Kyle grew up in the mountains of Colorado and earned an Associate in Arts degree from Mesa State College in Grand Junction. When money for college ran low he enlisted in the United States Navy as a Cryptologic Technician. “I thought I would do four years and then use my veteran’s benefits to go back to college,” he once said.

His first assignment was with a U.S. Navy unit at the Royal Air Force base in Edzell, Scotland. While on leave in Israel he met Lorraine from Plymouth, Devon, England and married her the next year. Together they spent the remainder of his twenty-year naval career traveling across the United States from Virginia to Hawaii and on to Guam, Japan and beyond.

Even before he retired from the service he wrote short stories. In July of 2012 his debut novel, Titan Encounter, a science fiction space adventure, came out on Kindle and later in paperback. His second book, Final Duty – The Speculative Fiction Novelette was released in January of 2013.

Today, Kyle and Lorraine live on a small farm in Western Washington State.