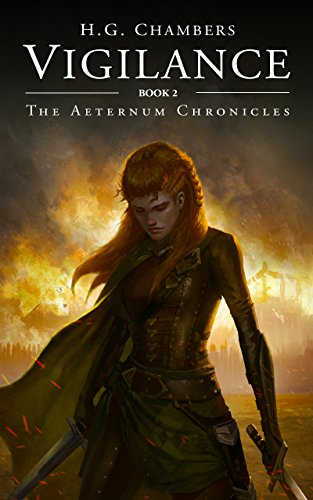 First sentence: “Bravo.” Variant Marconas clapped slowly as he stepped out of the darkness into the light of the wall-mounted oil lamp. His shadow flickered erratically on the rough stone walls of the small room. Magdalene Media sat casually in the high-backed velvet chair, watching him stride confidently toward her. A teal silk dress with lace trimming flowed like water over her crossed legs, spilling onto the floor.

Blurb: Sometimes, the void stares back…

The Aeternum Wars have begun anew. Ministry armies have spread like a pestilence across Illyria, wreaking chaos and destruction upon the last remaining outposts of those brave enough to resist.

Hunted by the same feral beasts that destroyed her town, Anzien Tsierig leads a squad of soldiers and untested recruits south along the Wyrewood. Their orders are clear: travel to the southern stronghold and prevent a mass slaughter. Will they find a town ready to defend, or a field of graves?

Across the Shattered Peak Mountains, Oren and Clementine search for a way to stem the tide of darkness. When they stumble upon a figure of legend, they must decide how much they are willing to sacrifice for a chance to save their world. The answer is one that will put their friendship, and perhaps their very souls to the ultimate test.

Humanity is once again pushed to the brink, and those who remain must unite, or be swallowed by the void.

My thoughts: Vigilance is book two of the Aeternum Chronicles, and complete with more action than you know what to do with. I recommend reading the first (Recreance) before starting this one. Vigilance picks up where Recreance left off, and now that Oren and Clem defeated a breaker, they still need to save the people of New Arcadia. They’ve learned more about gathering Kai, and will begin developing their ability even further. I’m saddened, though that Clem and Oren didn’t play a bigger part in the story. Yes, they were still the main characters, along with two others (Ryland and Anzien), but they didn’t appear as often as I’d hoped. I found their part of the story the most intriguing. I admit I’ve become a spoiled Clem and Oren addict.

While I yearned for more Oren and Clem, I enjoyed seeing more of Ryland. He was a good and fun character know—flawed to a fault, yet so human. I’m hoping to learn even more about him. The other main character, and who we learn the most about in book two, is Anzien. Because her part focused on the military, I wasn’t as intrigued as the others. Still, she was a likeable character.

The best part of the book was the creation of the world. Chambers paints a picture in your mind and before you realize it, you’re gathering Kai right along with Oren and Clem.

Like the first book, Vigilance gives you plenty of twists and turns to keep you interested. Also, like its predecessor, it leaves you with a cliffhanger. So, if you absolutely hate cliffhangers, but love the idea of the plot, then wait until the third book is released before you read the first. 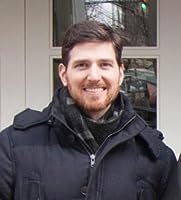 Harold George Chambers is an award winning fantasy science fiction author. He’s also a dad, helicopter pilot, web designer, musician, and a huge board game nerd. Inspired by the great fantasy sci-fi authors of the past and present, Harold published Recreance, the first book of The Aeternum Chronicles, in 2017. The story continues with Vigilance, released early 2018. Harold makes his home in a small Canadian town on Vancouver Island with his wife and two-year-old son. To learn more about him, visit http://www.hgchambers.com.