Some of you may have wondered “where on earth have you been??” Then again, maybe not!

Well, I’m going to tell you where I’ve been hiding. Not only have I been working hard at fixing some things in my first two books (including the cover of my debut, The Murder of Manny Grimes), and working hard on the first draft of a new book (more on that later)…I’ve been preparing my third book for release.

Now, I’m thrilled to announce that on March 30, 2018, my brand new FBI thriller, I Can Kill, is available for preorder!

This is completely different than my DeLong series. Will my FBI book become a series in itself? Quite possibly. I loved creating these characters. This took me less than a month for me to write. Back then I was on a roll. I love that kind of writing momentum!

Anyway, I wanted to let ya’ll know about my awesome new book! In addition to conferring with an FBI agent via email, I befriended a friend of my publisher’s. She’s a retired FBI agent who was gracious enough to read my book so I can be sure it was factual. Her name’s Dana Ridenour, and she’s the award winning author of Behind the Mask and Beyond the Cabin. I’m very lucky and thankful for her assistance!

Here’s what Dana has to say about my book:

“A gripping new thriller by Angela Kay that pits FBI Special Agent Aidan O’Reilly against the Carnations Killer, a serial killer who enjoys playing Cat and Mouse with this formidable agent.”

Here’s all you need to know about my new book!

I Can Kill, and You Can’t Catch Me… 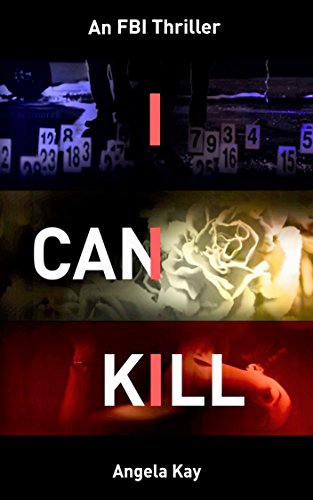 s ago before he went into hiding. He has tortured and murdered fifty women since then and managed to elude capture. Now, he’s returned once again, and his new hunting ground is Augusta, Georgia.

O’Reilly teams up with Shaun Henderson, the special agent in charge of the Augusta Resident Agency, to bring this ruthless killer to justice once and for all. But as each second ticks by, tensions rise and O’Reilly finds himself in a race against time before the killer slips away again.