First sentence: So here he was, stuck in the middle lane and obviously very ill.

About the story: When ex-Atlanta Braves baseball star, Johnson, wakes up, it’s 2008, and he’s in someone else’s car, wearing someone else’s clothes on a highway. His last clear memory was in 1981. As Johnson struggles to get his memory back, he wonders if it’s amnesia, or something deeper.

My thoughts: The Storms of Deliverance is a decent story of redemption. Slow paced a large chunk of the time, but still a decent, easy read. When we begin our adventure, Johnson does what I’m sure all of us would do when we wake up somewhere with zero recollection of how we got there: he tries to figure out exactly what happened. All Johnson knows is he doesn’t live in Atlanta, but in Buffalo. Along with a strange attire and a strange car, Johnson is also in a strange year. After we join Johnson in the confusion, we eventually hop back into 1981. We learn about Johnson’s friends, wife, his alcohol addiction.

There were a few spots in the story where I noticed isn’t very realistic. For instance, in 2008, he knows what a caller ID is; however, in 1981, there is no such invention as a caller ID. My thought was that if Johnson’s memory is completely blank for that amount of time, then he wouldn’t know about caller ID. That didn’t arise until around 1988. The story’s flashback doesn’t reach that far. There were other points, but I won’t dwell on them.

I was more interested in the 2008 timeline. Reading about the past was often tedious, and I began losing interest, but by then, it was the present day again.

The good thing about the book in its entirety is that it gets you thinking. There is a strong message behind The Storms of Deliverance. It was a good debut novel. 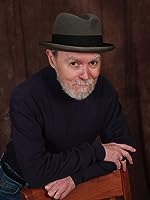 arry Higdon lives in metropolitan Atlanta. Most recently, he has worked as an elementary school counselor with kindergarten and first-graders. He is a registered play therapist and a lawyer. This is his debut novel.

One thought on “The Storms of Deliverance #bookreview”