First sentence: Gilla wished her pregnancy could be over already; her back ached, her feet were sore, and her bump kept getting in the way of fusing the wiring in place.

About the story: Gilla and Elias are slaves to the Esarelian Empire, along with countless of others. Elias is working toward fighting the empire to obtain their freedom. Gilla is pregnant with their second child and wants nothing more for her family than to be happy, safe, and have strong faith in their God of Old Earth. Due to the rebellious slaves, the Empire decides to teach them a lesson, which forces Gilla to take drastic measures to protect the survival of her son.

My thoughts: When I first learned this book would be based on Moses’ story in the Bible, I was curious. On one hand, I was very intrigued. On the other, it’s science fiction, based on a story, I believe in my heart is true. The Christian faith is one you have to be careful with though, especially when it’s about something that’s in a genre of make-believe.

I wanted to see where Lauren Salisbury would take us in Courage, and I’m pleased to say I enjoyed the book. This would be a story even non-Christian would enjoy, but if you know the story of Exodus, you will begin to recognize bits and pieces. Of course, some of the details of the story were tweaked; however, the heart of the message still remained.

It took a while for me to really get into it, but once I did, I couldn’t stop reading. I’m interested in seeing more. 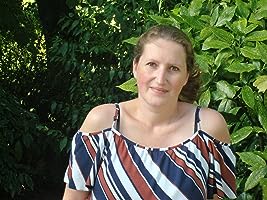 Lauren H. Salisbury is based in Yorkshire, England but spends time in different countries every so often, trying to find the perfect spot in which to grow old. She settled for these winters abroad instead of children or pets and is the seasonal envy of many friends.
Lauren was an English teacher for sixteen years, finishing as an Advanced Skills Teacher with an MA (Ed) in innovative teaching methods.
She is married to a wonderful man who encouraged her to write when she needed an outlet for her creativity. Courage is her debut novel.

For fun facts about Lauren and more on The Legacy Chronicles, visit her website at http://www.laurenhsalisbury.com