This was definitely an interesting book. It wasn’t what I expected by any means. Asha Kharjal is a political advisor who knows how to rewire people’s subconscious and he’ll stop at nothing to so. He’s not the villain in the book. Asha attempts to do good with his skills, but like any decent story, he falls into hot water.

This is a very technical story, much like the writings of Michael Crichton. Since I don’t have a technical mind, I couldn’t grasp a good deal of it. There wasn’t a lot of explanation for the technical terms so it would throw me off. I did reading about enjoy skein space. It kind of reminds me of Assassin’s Creed’s animus. Skein space is where Asha and his “students” enter to connect to another person’s core and tap whatever message they want in order to sway the subjects to do what was needed. I would have enjoyed the skein space even more if the author had included in the beginning of the book what each color meant, whether black is for love or hate and so on. It is briefly mentioned, however, it wouldn’t have been easy to find the page to remind ourselves what exactly the colors meant.

Since it wasn’t always easy for me to grasp the technicality of the book, I focused more on the characters. They were written extremely well and with, for the most part, enough personality to fly right out of the pages. Polly seemed to have bounced around wildly and could have been toned down just a bit. I enjoyed the conflict with Sarah and Marcus, but Marcus’ mother (Polly) made me care less about Sarah and Marcus’ past relationship. Polly was too intrusive where they were concerned. It took me away from the actual plot.

The world building was great. Anytime they found themselves in the Congo, I felt I was right there with them. I could hear the sounds, see the sights. I think it was my favorite part of the story. And the Congo pieces were only subplots.

For the most part, Disconnected is a slow read. It’s only because of the technical pieces of the story, but it starts running when you’re about a quarter of a way through. The danger that danced around in the earlier pages is dialed up. 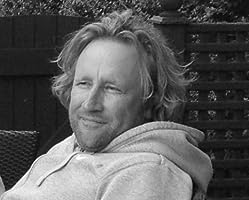 Nick Lloyd is an independent author, living in London.

He loves writing stories with moral uncertainty, where a reader could take the side of one (or more) protagonists in conflict.

His first novel – Emergence – received very strong feedback on its debut in October 2014.

Earth is being scrutinised by an alien civilisation who maintain their dominance across the galaxy through manipulation of probability. Among the aliens, whole religions have sprung up related to interpretation of this apparent control of ‘luck’. On Earth, a single human starts the transformation to allow them a measure of control themselves…