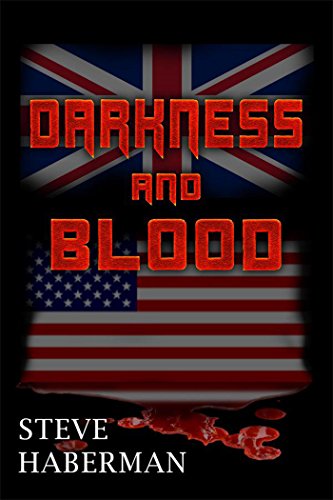 First sentence: Pablo de Silva, ex-CIA agent, awoke from the restless sleep of a man on the run. 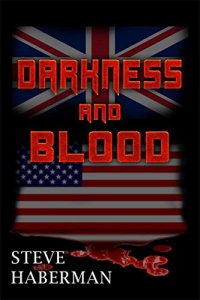 About the story: When a former American spy, Pablo de Silva, and his former handler, Stuart Bishop, discover top-secret information, they must use their wisdom and wits if they want to remain alive.

My thoughts: Darkness and Blood is the sequel to Haberman’s The Killing Ploy. While I thought its predecessor was an interesting read, I felt Darkness and Blood was so much better. It seemed Haberman had a better handle on the characters. While some of the dialogue didn’t always seem like what CIAs would say, it didn’t put me off. It was more developed in this book than the first.

My only complaint while reading is that there were times in the narrative when I had to re-read a sentence. I like italics to show when a character is thinking. To me, it helps separate the dialogue and the narrative, making the scene more clearly. There weren’t a whole lot of italics within the story, except for when someone speaks French.

As always, the backdrop of the story was great. It took me from the comfort of my own home and I felt I was there along with Pablo and Stuart.

Darkness and Blood was a quick and fun read. I love spy novels and this didn’t disappoint! Although it is a sequel, I don’t think it matters in which order the books are read. The plots are completely different and we get to know enough about the characters in the second book to thoroughly enjoy it.